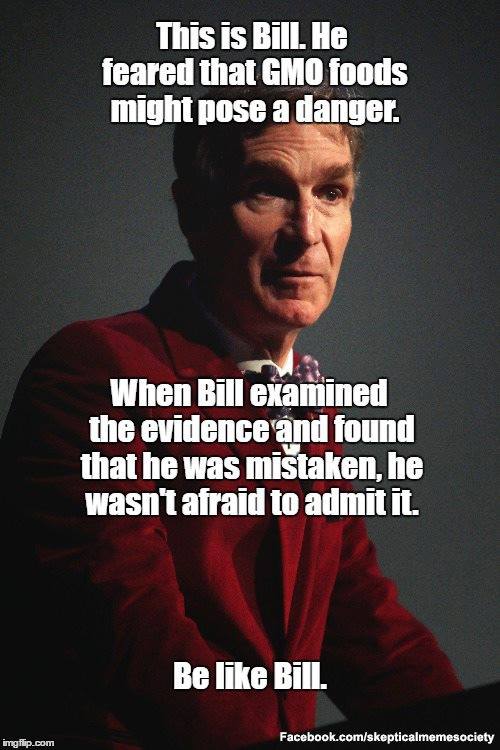 Just like Bill Nye a couple of years ago I thought GMO foods posed some kind of danger but then one day I realized I didn’t really know why I thought that way. I didn’t know what, if any, science I was using to back up that thinking. As I began to look into what the science and scientists had to say I came to the realization that I had been coaxed and swayed by an anti-GMO marketing campaign that was not supported by any science at all. There was instead an overwhelming scientific consensus that GM technology and GM food were safe so I admitted my mistake and changed my position too.

It happens,.. to some of us at least.