There is a online petition that is floating around right now looking for signatures saying “DNC must bid farewell to Bernie for the sake of the Democratic Party.“

I think the petition is an incredibly terrible idea and sends exactly the wrong message to the progressive left that stood with Bernie Sanders and indicates to me that a lot of Democarts didn’t learn anything from November loss. To reject and throw out Bernie for “the sake of the Democratic Party.” is political suicide and throwing away the way the future. The Democratic party needs to embrace and fit in BOTH the the Bernie Sanders wing and the establishment HRC supporters if we are going to have any chance of taking back the Presidency House and Senate anytime in the future.

To those that think to keep Bernie Sanders in the “big tent” is a “liability” let me remind you that the Democrats did NOT lose the election because of Bernie Sanders. The Democratic party lost the election because the Democratic Party gave up on and moved away from it roots representing the common working class man and woman and lost our working-class base to a film flam man that gave them empty promises the SCPOTUS can’t or won’t ever fulfill. 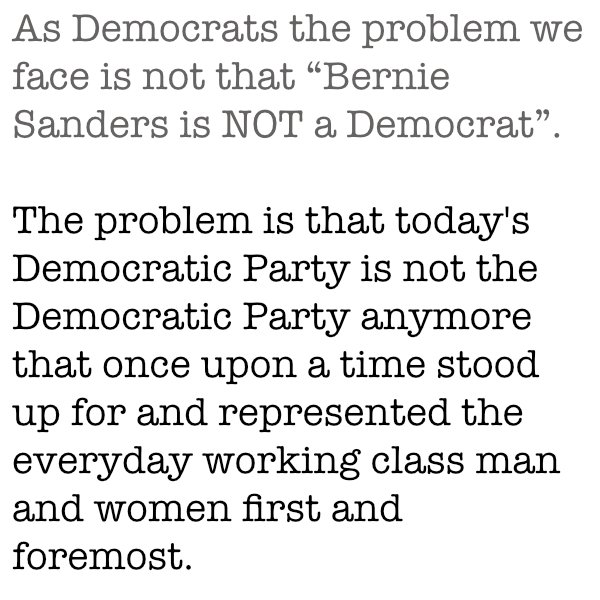