For Nearly 50 Years As Our Country Got Richer… 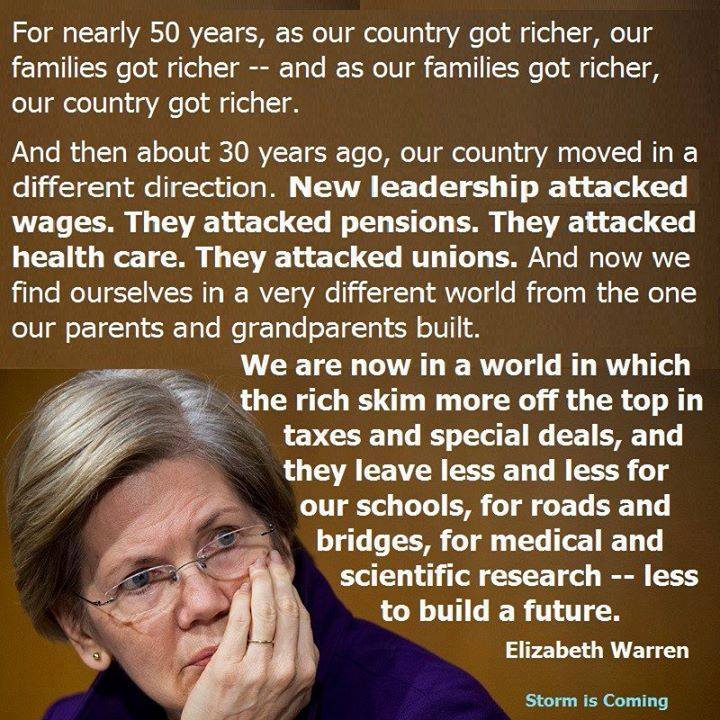 We built it together

And then about 30 years ago, our country moved in a different direction. New leadership attacked wages. They attacked pensions. They attacked health care. They attacked unions. And now we find ourselves in a very different world from the one our parents and grandparents built. We are now in a world in which the rich skim more off the top in taxes and special deals, and they leave less and less for our schools, for roads and bridges, for medical and scientific research — less to build a future.