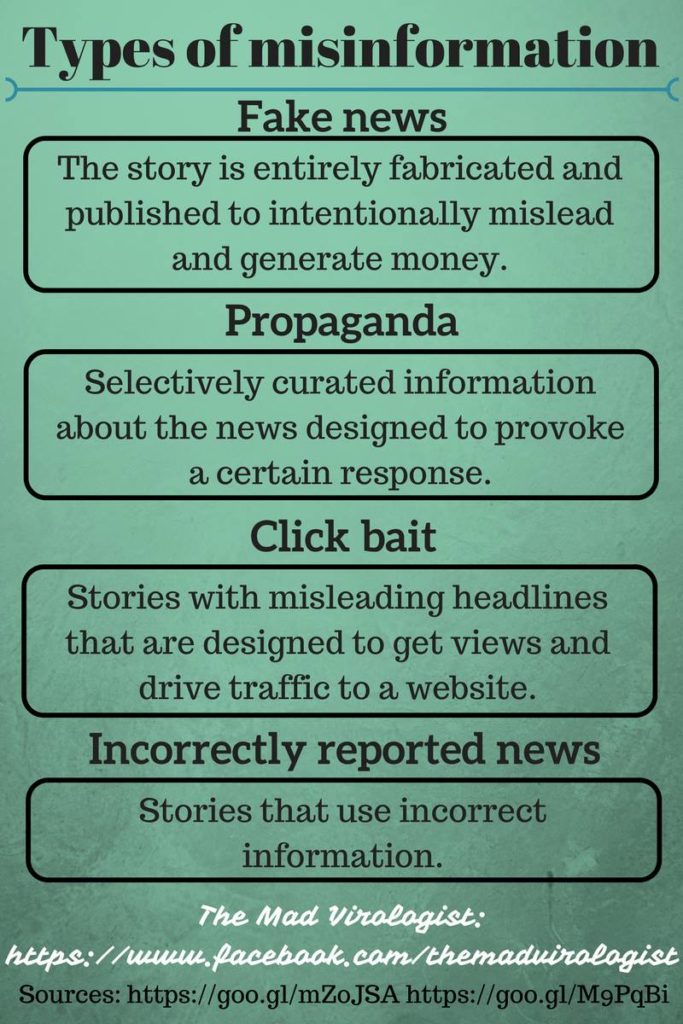 Propaganda is a commonly misused term. Because of its historical use, such as in the name of the infamous “National Ministry for Public Enlightenment and Propaganda” run by Joseph Goebbels for the Nazi government of Germany, many people associate propaganda with inflammatory speech or writing that has no basis is fact.

Fake News Versus False News: Why They’re Different, And Why It Matters

On Friday, my students and I were talking about fake news on Facebook and what to do about it. Our focus was on for-profit content farms like the ones run by those teenagers in Macedonia, who made money by promoting such fictions as Pope Francis’s endorsement of Donald Trump (he also endorsed Hillary Clinton, don’t you know) and Clinton’s pending indictment over those damn emails.